In 1914, when war had broken out in Europe, Americans had opposed the involvement of US troops, so President Woodrow Wilson declared the country’s neutrality. However as the fighting roared on, the German tactics threatened civilian lives, therefore the Americans began to side with the Allied forces.

Tensions between the U.S.A and Germany had reached an official peak in early 1917, when the British  intercepted and decoded a German message, sent to a German ambassador in Mexico. The so called “Zimmerman Note” urged German officials in Mexico to convince the Mexican government to wage war with the U.S.A. On the 6th of April 1917, US congress declared war on Germany, President Woodrow Wilson had asserted that “the world must be safe for democracy”. 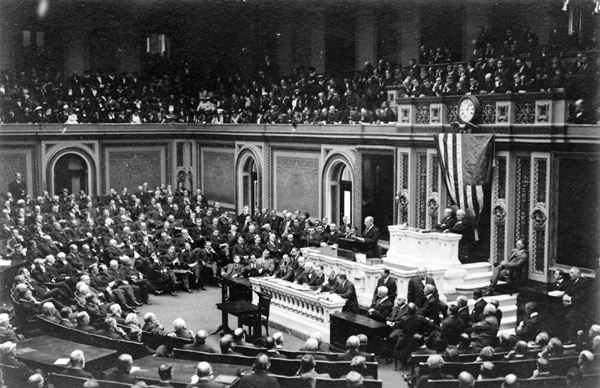