After the end of World War 1, new countries had emerged and old boundaries had changed. The Austro-Hungarian empire had split into two countries. The countries of Bohemia, Moravia, Czech Silesia, Slovakia and Carpethian Ruthenia were all brought together to form Czechoslovakia. Italy, Poland and France gained new territories whilst Germany had lost many parts of its former glorious empire. Most of Germany’s colonies were taken away from them, Russia also had to part with a lot of territory. 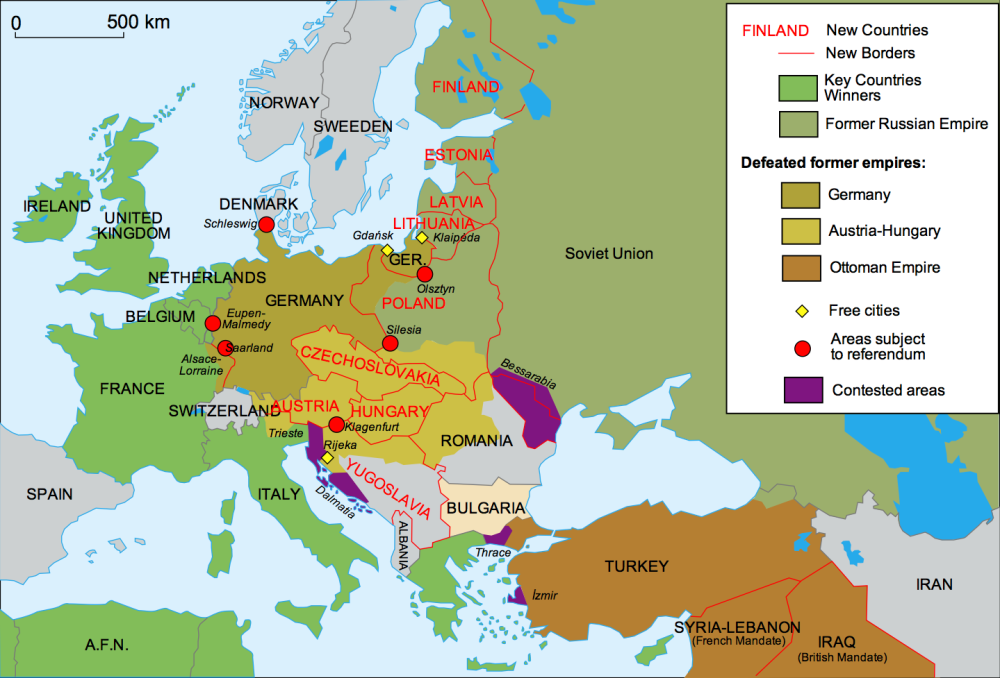