The Olympic Games have been going on for a long time, and have evolved greatly through time. The ceremony originates from Ancient Greece, and the games were dedicated to the Olympian gods as worship of the Greek deities was the most common religious practice Greece at the time. The games took place on the land of Olympia, in the sights of the temples and statues dedicated to Zeus, god of the sky, his wife, Hera, Queen of Olympus and the rest of the gods. They go as far back as 776 BC, and went on that way until they were banned, as worship of the Greek deities was banned under the power of Emperor Theodosius, who was a Roman emperor. The winner of the games was announced and celebrated by the crowd as they threw roses to him and he was crowned with the wreath of the sacred olive tree. 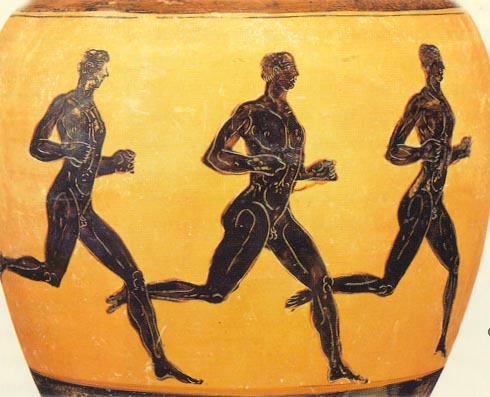